May the Force be with you.

I never thought that the childhood’s passion of my brother would end setting trends in the twenty-first century; much less that his characters would end up being the image of fashion brands, visual advertising campaigns, home furnishings and miscellaneous gadgets thanks to the relaunch of the new saga of Star Wars. With the arrival of Star Wars 7: The Force Awakens, which comes out in theaters on December 18, 2015, several firms started to launch related collections. But the attraction of the fashion world by the visual universe of George Lucas it comes from far.

In an article for Harper’s Bazaar, the journalist -Alejandro Bernard- collected the designs and collections inspired by the aesthetics Star Wars most memorable in the history of fashion: We have to travel to 1982 to find the first hint by Issey Miyake and his dress inspired by the traditional Japanese Shibori. Other Japanese designers like Rei Kawakubo, Yohji Yamamoto and its Y3 collections have worked silhouettes related to the imagery of the saga. Of the more contemporary designers, Rick Owens is probably one of the most relevant to this aesthetic; Ghèsquiere at Balenciaga with its collections Spring Summer 2007 and fall winter 2012 where he showed his fondness for the film; same as AlexanderMcQueen did it with a spectacular Amidala in autumn-winter 2008 and its successor Sarah Burton at the preFall collection. The Mulleavy sisters (aka Rodarte) have been the last to surrender to the charms of the Star Wars phenomenon with its autumn-winter 2014, just as it also did Preen the same season. 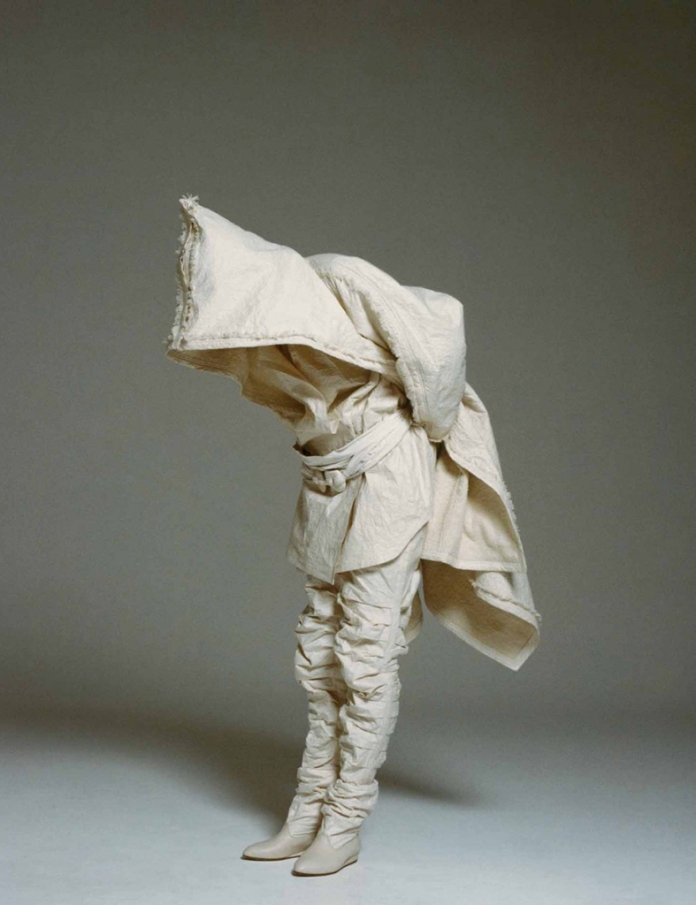 ‘Reinvent or die’ said in other words -Miguel de Unamuno- and now is the time to explote STAR WARS. Watch out:

Let’s start with Alvarno, or in other words Arnaud Maillard and Alvaro Castejon, who did not want to miss the opportunity of presenting their capsule ‘Star Wars by Alvarno’ where the mythical characters of the series are (again) the protagonists of collection: Sweatshirts decorated with the face of Darth Vader as neoprene vests made in 3D with crystals to dress like a true Jedi. 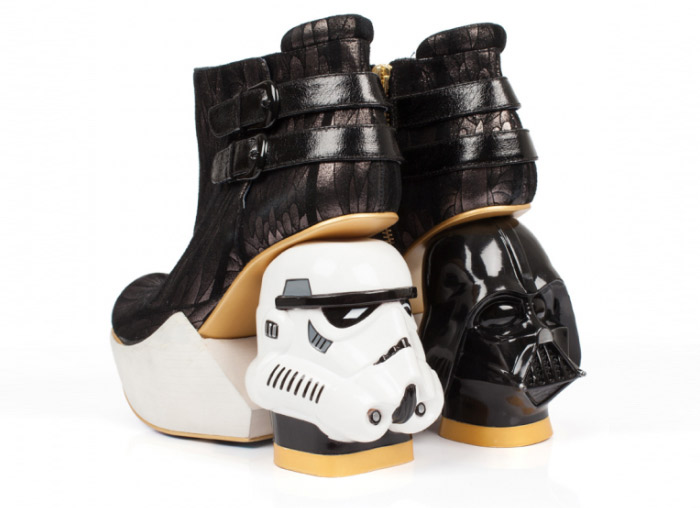 Dan Sullivan: designer, creator and founder of Irregular Choice shoe brand, who also made it very clear from the very beginning being completely out of the conventional, has released this year a collection of shoes inspired by the saga with flats with the face of Darth Vader, booties with the face and fur of Chewbacca or heels with R2-D2. Pretty amazing, but true. 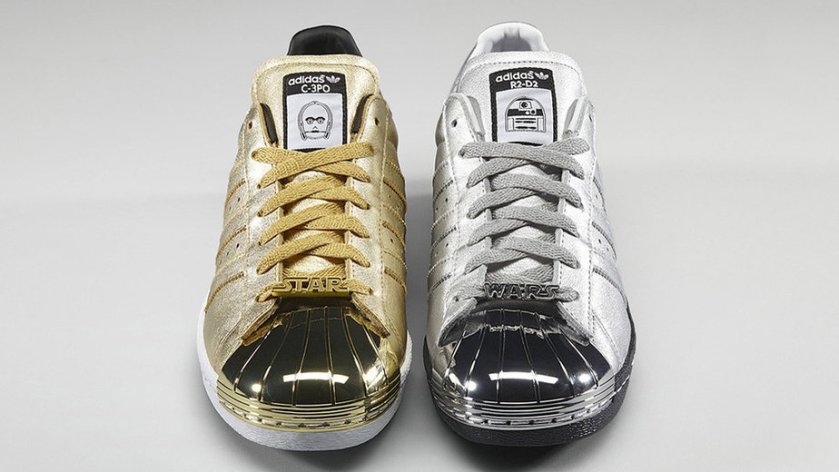 Adidas has also decided to launch a limited edition of clothing based on the famous saga of George Lucas. The sports collection My Star Wars Superstar 80’s hit the market last September with prices around $120. But the phenomenon also points the beauty, as Max Factor has collaborated with this issue in a limited edition of makeup inspired by the characters of the series, re-imagined by its creative director Pat McGrath.

And what about the toy for adults SPHERO BB-8 dirigible with mobile that mimics the adorable R2-D2?

Or the special edition bottles of Fontvella with a shape from another galaxy emulating the look of Luke Skywalker?

Now take a look to the Devon Star Wars watch -only portable for a genuine Lord of the dark side-, full of details and winks to the series as the logo of the empire, details of the Darth Vader helmet and two removable Tie Fighter on the sides to be used as Twins for the modest price of 28,500€ and limited edition of 500 units only available in http://www.devonworks.com? 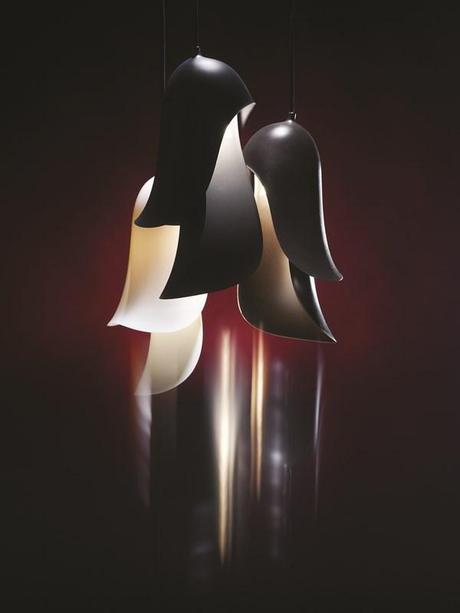 And countless images of the Return of the Jedi seen on Instagram, as well as illustrations of famous artists such as Jordi Labanda’s of the new woman of the future dressed as a Stormtrooper among many others.

Clearly, this trend does not please everyone as it’s not “suitable” for all ages, but certainly is worth to be mention. May the Force be with you.